Verse 1 (1:06)
Lavender eyelids, a frozen face
Can’t win the race, can’t take the pace
Despite the eyes (and whys?), they see the prize
Banish the rest to the deep at best
Lifelike song and none do dwell
Best for worst and worst for best
A brand-new world; a handsome gest
Deep inside we take back time
Verse 2 (1:54)
I pray, “Yield a classic story,
With an opening hell and a foretold glory.
Where the chosen kings and their hands so cold
That they’ll crush us all with a move so bold.”
Bridge (2:26)
As he walks up to the deer, he sees the storm roll in.
Jackknife out, he climbs right in and waits for it all to come.
Songwriting is a mysterious skill; you can write a song over several months and it could be the most atrocious pile of garbage you have ever written, or you can write one in an afternoon and it could be one the greatest things you have ever made. I don’t mean to toot my own horn, but I feel as though the Deer Hunter might be the latter over the former.
The song gets its name from the film of the same name starring Robert De Niro I was watching when I came up with the bassline. Specifically, it was the title sequence that inspired the line, the dark mysterious tone of it made me randomly play it when fiddling with my bass on my lap.
All the music was composed by myself and all the guitars were recorded by myself. The drums and cello (yes, there is cello in this song) were made using Garageband using no samples of any kind. The recording process was easy; I wanted a raw and dirty sound, so there wasn’t much need for mixing. I did some to get the levels and effects just right but other than that, no mixing was required for the song.
The idea for the video came not long after I initially wrote the song, though I never had access to a studio, so I was unable to film it. However, after graduating, I finally got a basic three-point lighting kit with backdrop and immediately set out to make the video.
The most challenging aspect of the shoot for me was the backdrop. I often spent longer meticulously ironing the sheets to get them perfectly flat – only for more creases to appear in the time to took for me to get the sheet back up ready to go. Fortunately, most of the rest of the shoot was smooth for me, and it allowed me to experiment with the lighting, though only one of those experiments made it into the final cut.
My favourite shot is the first shot of the video of the bass being lit up as the bassline quietly rumbles in the background; it creates a sinister feel to the video – despite it only being a shot of a guitar, an object I feel is not very sinister in appearance at all. 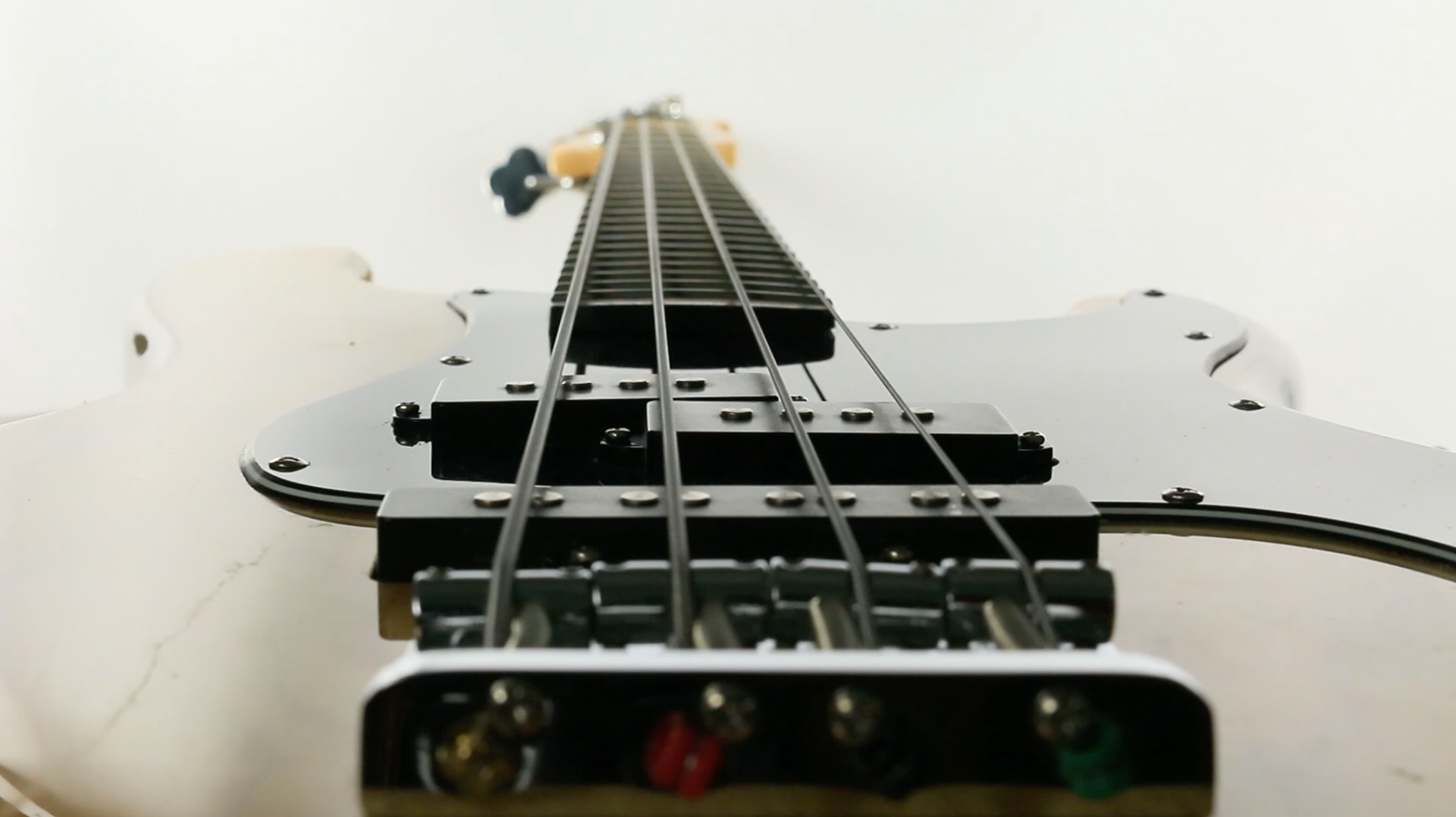 I had never edited a music video before, I had of course cut video to music in the past, but the music was always there to accompany the video, not the other way around. It was a fun and intriguing experience to do this and it was pleasant for me to finally combine two of my biggest passions; songwriting and filmmaking. I can say without a doubt that this will not be the last music video I make, and certainly not the last one I make for one of my songs.
↑Back to Top